Sometimes there are coincidences that change everything.

In 2012, wedding photographer and hobby barista Michael Epke-Wessel needed the assistance of a metal worker in repairing a coffee grinder. Through a recommendation, Michael met the metal worker, Timo Winterberg, who asked interestedly about Michael’s coffee equipment—and this even though Timo didn’t even drink coffee at the time. The two got to talking and Michael told him his problem: there are simply no decent grinders and other coffee equipment that meet his expectations.

They both decided to come up with a solution for this tricky issue. They put their heads together and shortly thereafter had the first designs. A few months later, the first prototype was ready. The Mahlgut-1 saw the light of day. In 2016, Mahlgut manufacturing would come out of this small project. It would make coffee lovers happy the whole world over.

The idea behind the Mahlgut coffee grinder MOLA-e is simple: The best high-quality materials, reduced design paired with precise functionality and easily operable. A robust stability with minimal dead space rounds out the concept of the crafted single-dose coffee grinder MOLA-e. Exemplary industrial design from the Ruhr Valley and Made in Germany with German quality.

The professionals are excited, too. For example, the German Master Barista Erna Tosberg from  Münster competed at the World Barista Championship in Dublin with a Mahlgut Dozer and Buzzer and achieved the maximum point score

Contact us for questions about Kahawa Pakaya Coffee beans

No weird world prices or Fair trade !! We pay real prices for the hard work coffee farmers do in their region. 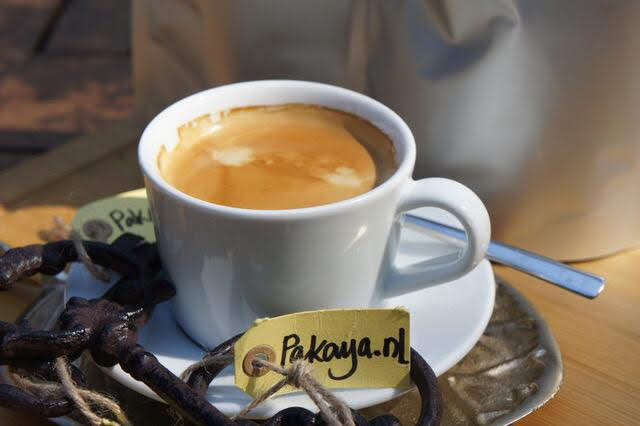